Hamburger Recycling, part of the Austrian Prinzhorn Group, and L'Oréal in Adria-Balkan region kick off awareness campaign on the importance of sorting and recycling cosmetic packaging. First resume. 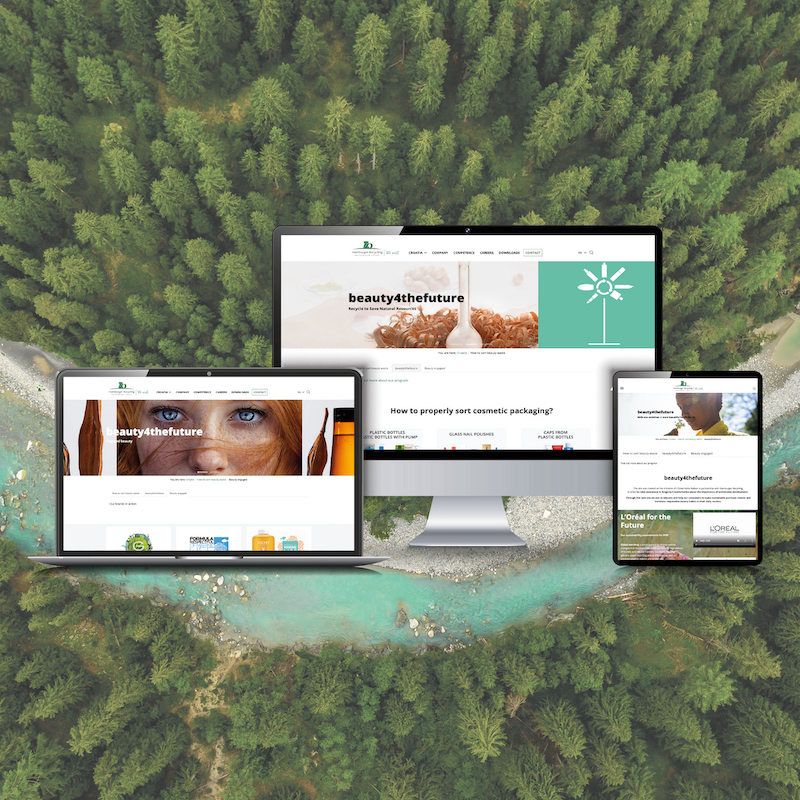 The joint information campaign with the website beauty4thefuture.bg | beauty4thefuture.hr | beauty4thefuture.rs at its core started beginning of October in Croatia, Serbia and Bulgaria with the aim to provide answers to some common questions every person may have and educate the public on the possibilities of sorting and recycling beauty and hygiene products.

Almost exactly one month after the launch, Andreas Walser, General Manager of Hamburger Recycling Division draws his first resume on the progress made:

“We are extremely proud and happy to have such a positive response on this information campaign. It shows once more that recycling is a topic in all fast moving consumer goods areas including non food like cosmetics.Just recycling your own used shampoo bottles and encouraging another ten people to do so can save up to 1,65 kgper year of secondary raw material for recycling. That is something worthwhile to communicate!”

“The cooperation with L'Oréal shows once more that reducing waste is in the responsibility of all companies in the supply chain. Education of the end user is one important piece in this puzzle”, adds Slobodan Simovic, Regional Director and General Manager of Hamburger Recycling Croatia.

Since L'Oréals announcement beginning of October, the campaign gained maximum momentum in Bulgaria, Serbia and Croatia where both companies cooperate. The communication is due to run until summer 2022 with the option of extension into 2023.

The Prinzhorn Group
Dunapack Packaging, Hamburger Containerboard and Hamburger Recycling Divisions are part of family owned and managed Prinzhorn Group, which employs 10.000 people in 16 countries and ranks among the European market leaders in the recycling, paper and packaging industry. With an annual turnover of 2,1 billion Euro in 2021, the group is number three in Europe in this segment. The family-owned Prinzhorn Group has its headquarters in Vienna / Austria and is structured in three divisions: Dunapack Packaging (corrugated packaging solutions), Hamburger Containerboard (production of containerboard) and Hamburger Recycling (collection and trading of secondary raw material).

Reference to the processing of your data collected on this website in the United States by Google:

By clicking on "I accept", you agree in accordance with Art 49 (1) S 1 lit a GDPR that your data will be processed in the USA. The US is considered by the EC to be a country with an inadequate level of data protection in accordance with EU standards. There is therefore a risk that your data will be processed by US authorities for control and monitoring purposes, possibly without any remedies, and that you will not be able to enforce your data subjects' rights under the GDPR. If you click on "Accept essential cookies only", the previously described transmission will not take place.